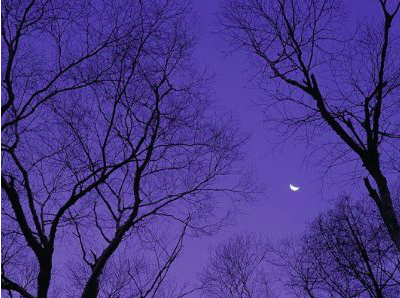 Recently I received an e-mail from a reader who wanted to know where I get the ideas for my stories. Do you dream them all up? Do they come from your life? Yes! I wanted to answer to both questions. I write fiction which, by definition, means that I do dream my stories up. They come from my imagination and none of my characters are based on real people. However, I draw constantly from my life’s experiences and from places I’ve been to and loved. I could go on and give you a long, really literary sounding answer, but I’d rather show how I quite often discover a story. I love photography and am constantly taking pictures of any odd little thing that catches my attention. My husband will tell you that one of his favorite pics is called “Bone on a Rug.” He believes it should be hanging in a gallery somewhere . . . Anyway, back to my point. Sometimes life gets too busy and loud for me. There are just so many people arguing and the world feels like it’s spinning out of control. That’s when I grab my camera. One look through the lens and I find myself able to focus on what really matters and that, my friend, is where I often stumble over a story. Take the picture above, for example! Umm, Juliann, I don’t see a story. I see a picture of the sky and a bunch of trees and a tiny bit of moon. What are you talking about? Oh, there’s a story in there! Come along with me and I’ll show you how to find it.A good story is rich with mood and setting. In this picture we have a wonderful “outer world.” Look at that gorgeous shade of blue contrasted against the darkness of the branches. It’s late at night, right? Dark. Could be spooky. Could be serene. Or, and this would be cool, what if it’s not nighttime? What if we’re on a different planet or an alternative universe and this is their daytime sky? How does that change the world you’ve just entered in the story? See, part of creating a story is taking what’s already there, all around you, and adding a hefty dose of imagination. But, a story also needs a main character. WHAT? Now you’ve gone too far because there’s no one in the picture. Not a person. Not a dog. Not even a mosquito. Okay, you’re almost right on that count. Technically, there is no one in this picture, but can you spot my main character?

The person behind the camera in this shot is our main character. What do we know about him? (Could be her if you’re seeing that. I’m seeing “him” so I’m going to go with it). He’s out at night (or in the middle of the day if we’re on the planet Zentar!) Since I write contemporary fiction, which means that my settings are true to this world, I’m going to go with the middle of the night. That instantly brings up all sorts of questions. Why is he out there? What drove him out of bed? Is he going toward the peace of the night? Or is he running away from the world that awaits him in the morning? Okay, now I’m getting a good sense of my main character and what could be at stake for him.

Which leads us to making some decisions about plot. What’s a good plot without an impossible dream or goal? See that beautiful sliver of a moon? I can feel my main character’s heart tug as he sees it too. It could be a physical desire to escape his actual world or it could be symbolic and that the source of light and illumination (read: knowledge, truth, faith) in his life has grown small and receded far away. Either way, my main character feels lost and confused. However I interpret the significance of that little moon will have a huge impact on the type of story I’m writing, but I know this for sure: that’s what my main character is focused on.

Of course, reaching it can’t be easy for him if indeed he is able to at all! There must be obstacles and conflict or we’d be left with a story that wraps up in 3 chapters and leaves us entirely uninspired. Where are the bad guys, Juliann? you ask. Okay, good point. They could be lurking, just beyond the frame of this shot, but I think some obstacles are actually in our picture. Hmm, those branches. Man, they’re beautiful and all, but they are in the way and they’re going to make reaching that moon tough. Plus, there’s the entire stratosphere of distance that separates our main character from the moon. To really physically reach it he’d need a space ship or a magic carpet or super powers or Iron Man’s suit! To reach it on a symbolic level requires just as great a leap and how he acquires the strength to attempt such a leap will show us his growth as a character.

Finally, there needs to be a theme. Themes are the big questions that drive all books. Arguments have been made that there are really only a handful of themes in literature: Love, Death, God, etc . . . but I am of the school of thought that there is really only one: Who am I? This seems particularly true in Young Adult literature, which I adore.

So there we have it, our young man, unable to sleep because the morning promises challenges he cannot face. He runs from the safety of his home and bedroom and stumbles into a little patch of grass in the middle of a forest. (Perhaps this is the last place he saw his girlfriend who was unexpectedly killed and her funeral is in the morning? Perhaps this is where he secretly meets his boyfriend who is getting married in the morning? See! There’s all sorts of possibilities!) The night sky spreads above him, stirring a yearning deep within him until one word runs over and over through his mind like a stuck record. Do you hear it? Escape, escape, escape. It grows deafening until he can’t hear anything else. Not the sound of the rustling leaves. Not the hum of the fireflies. Not the buzz of the mosquitos. Without pausing to think about what he might need along his journey, without so much as a goodbye to the people he loves, our main character runs deeper into the forest  . . .

How do I know this? Because I’ve stood in similar forests. Looked at similar moons. Felt similar feelings. I draw from them all and infuse them into a character who is hovering on the periphery of my consciousness, waiting for me to hear his voice.

To the person who e-mailed me, I hope this answer was helpful. It was loads of fun for me to write. Thank you! Keep the e-mails coming. I love them.

Award-winning author of contemporary young adult fiction including Caught in the Crossfire, Searching for Grace, Taking the Stand, and Gravity.